The egg window is baffling. The restaurant gives you the option to have them scrambled, fried or whipped and folded into fluffy omelets. Since fried is one of the options, I know the cook can make whites, but he won’t give blanco as an option – he just shakes his head. There’s also a nice ripe, sliced tomato back there, but when asked if it can be put into an omelet, he points to placard “Tortilla de huevos – con: queso/bacon/jamon.” Apparently the tomato does not exist either. I order fried eggs, figuring I can just eat around the yolks. He proceeds to drop two eggs into a 2-inch-deep vat of oil. Lovely – so much for a healthy breakfast.
Like Rome, we barely had any time in Barcelona. We drove from San Sebastian to Bilbao and flew from there. 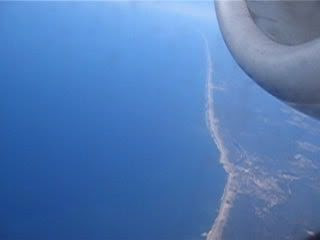 The flight was a piece of cake, but we really had to drop our stuff off at the hotel and rush over the to the Bikini Forum for soundcheck.
Ah, a rock club – finally. I knew this would be a good show once I met the crew and checked my amp – it was a great room. By the time sound check was over we were so hungry we were tempted to start gnawing off our own hands. Finally, the crew arrived with some crostinis, tortilla chips, organic vegetable crisps, hummus (that tasted oddly of refried beans), tomatoes and cheese. We inhaled as much as we culd in a ten minute period, and went back to the hotel.
The show was awesome – the crowd of 300 danced and sang along (and might I add with the best rhythm and pitch I’ve heard from just about any audience thus far). This is why we’re meant to play rock clubs: it just works. There’s something about the energy, the standing, the lighting, the sound… or is it the alcohol…
After the show we went back to the hotel to eat (yet another) late, late dinner nearby. When we walked into the restaurant, we received applause from the only other table. As it turned out, the man sitting there with his wife (or girfriend) was a very famous music critic in Spain. He loved the show, and took some pictures with Adrian, promising some future excellent reviews.
We were excited by this, but also hungry. However, we had to wake up early the next day, so I didn’t want to fill up so much that I couldn’t sleep. I was recommended the wild mushrooms and baby roasted peppers, flecked with clusters of delicate sea salt. The funghi reminded me of baby shitakes. They were very mild, sautéed simply in olive oil, garlic and parsley – delicate with a touch of bright (from the parsley) earthiness. Apparently they have a very short season so chefs try to feature these prized ‘shrooms at this time of year. The peppers were nice and sweet, not spicy at all - despite their green color (best of that shade I’ve had for sure). 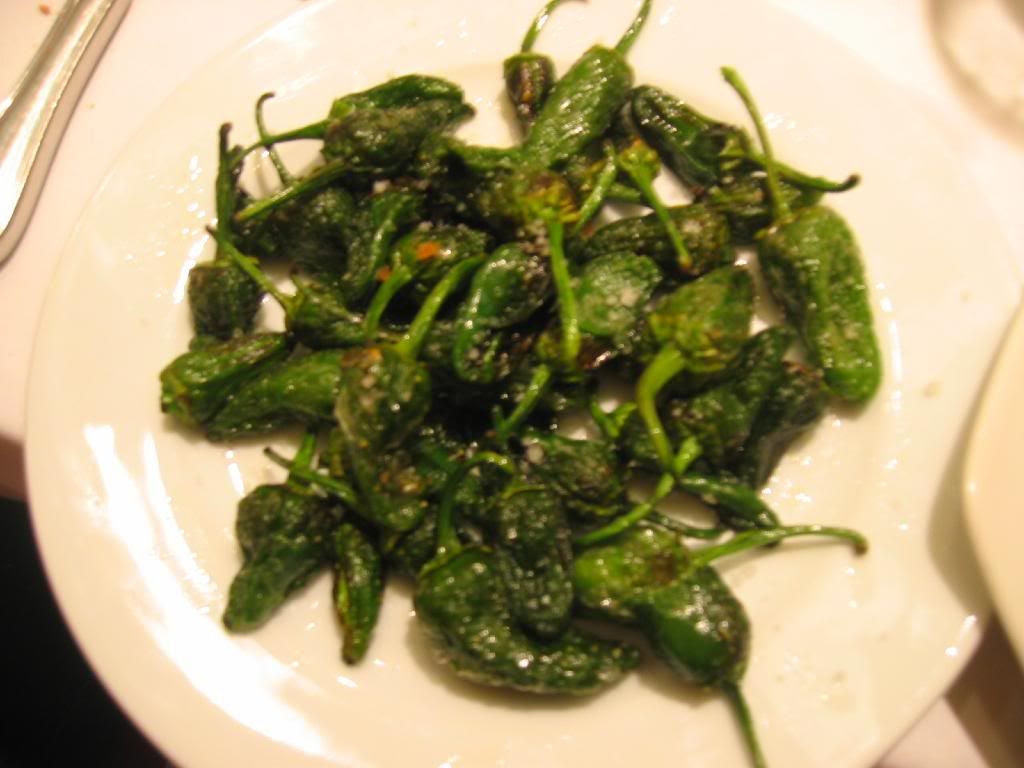 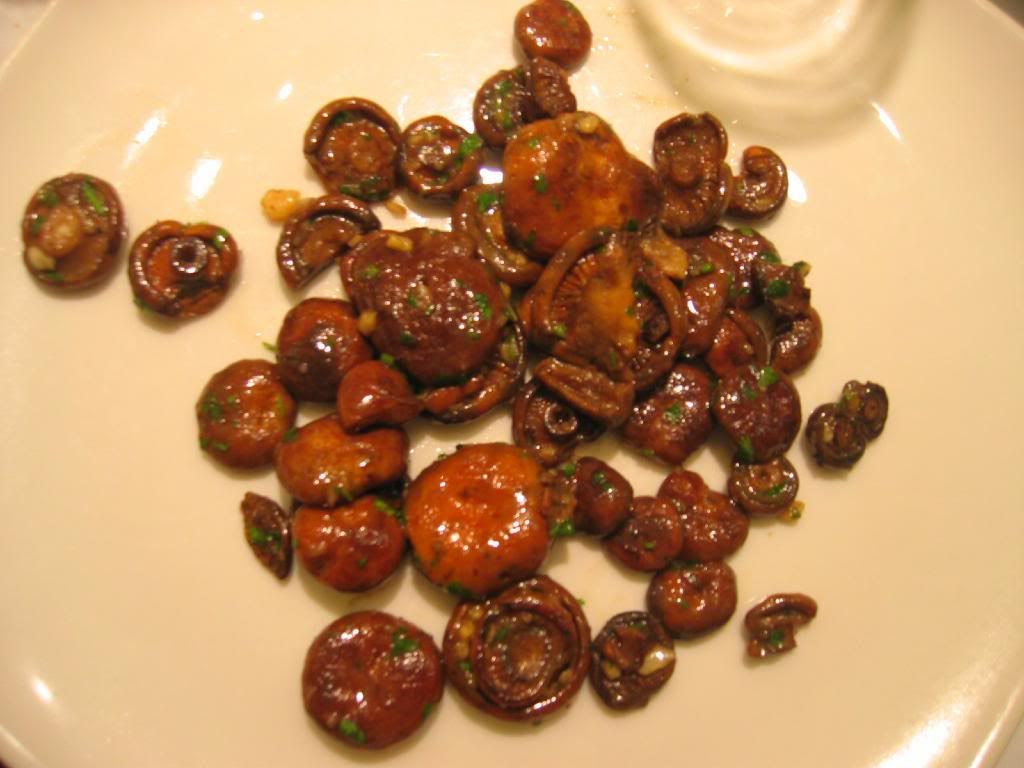 Adrian got some chicken with a sauce comprised of the same mushrooms. This was served with fried potato. I didn’t want to be rude and take a photo from the other end of the table, so there’s no pic for that. Eric got a salad (which tasted alarmingly like it had Caesar dressing on it) and gazpacho. The soup was much more refined than any kind I’ve had before – it was really quite thin, but still flavorful. 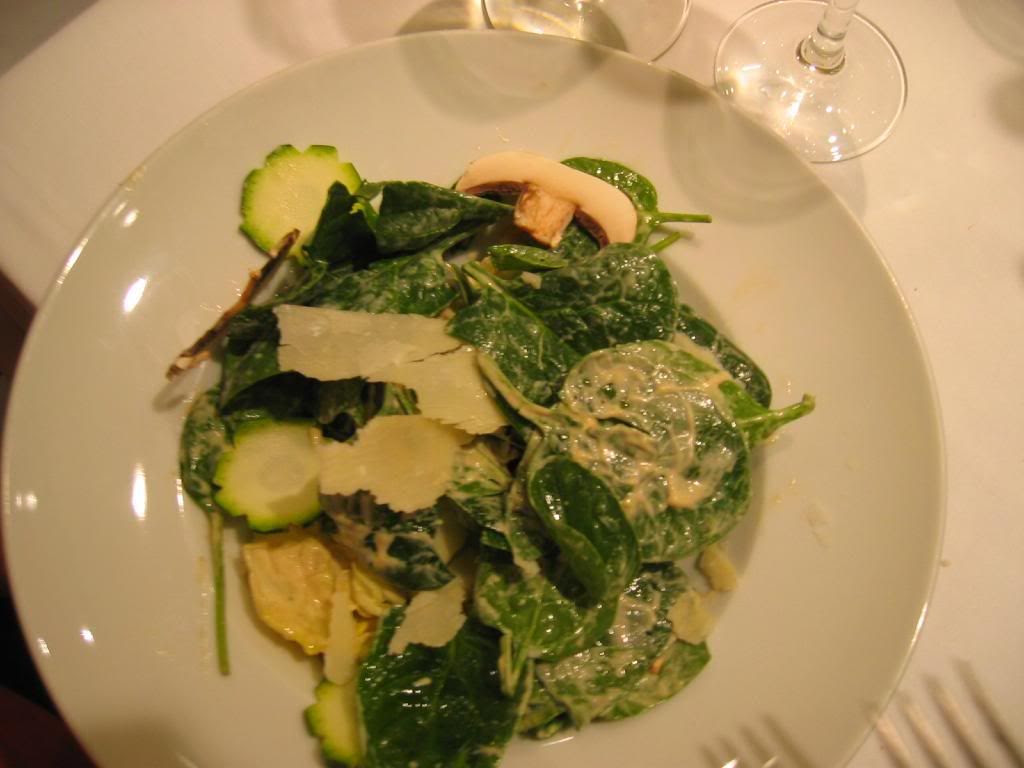 Much better than some attempts that I’ve had, which make me wonder if the chef just dumped a jar of salsa into a bowl with some water or club soda and topped it with tortilla chips and sour cream. Blech, no thanks. Andre got a nice looking salad, full of crisp raw veggies and the gazpacho, though he didn’t eat the soup because it had a bit of white bread in it. I admire his self-discipline – rarely (and I mean rarely) does he consume refined foods. 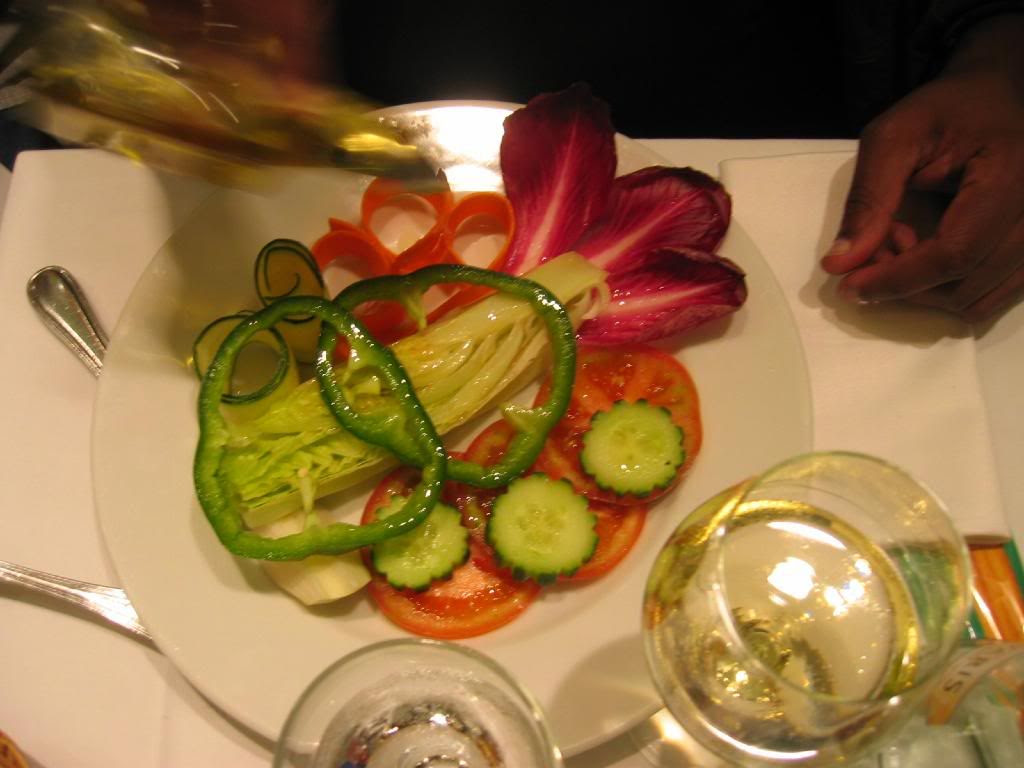 Again we drank Albariño and Tempranillo – and how could we not? It was our last day in Spain afterall. After the meal I took some shots of Adrian in front of the walls. Guess which one we thought looked like him? 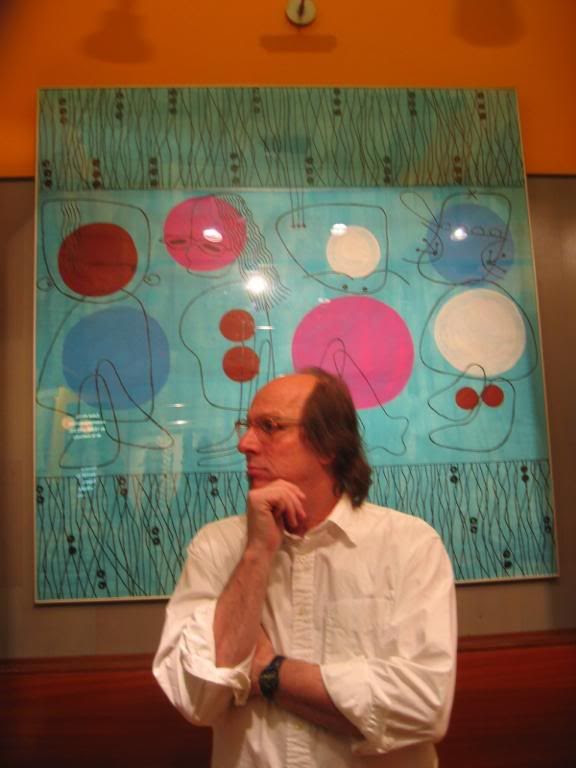