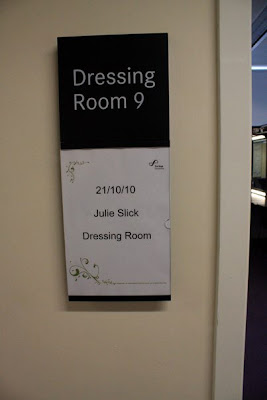 Well, well, where do I begin? This tour has been much fun thus far... I left Philadelphia almost 2 weeks ago, and just have been enjoying myself so much since - it's just so great to be back out. The run started in Gateshead (Newcastle is just across the Tyne river) at the Sage Theater, which is a gorgeous complex right on the water. 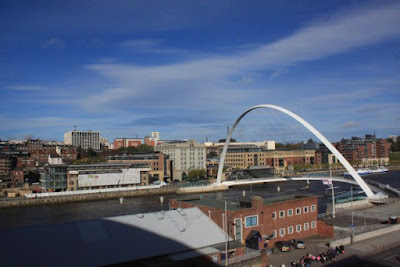 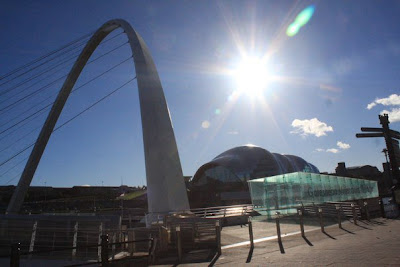 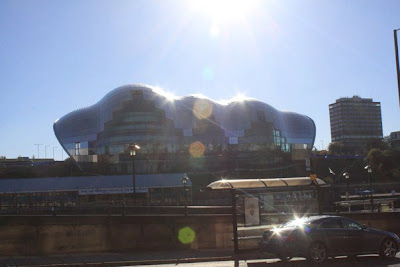 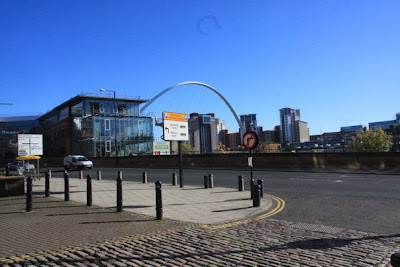 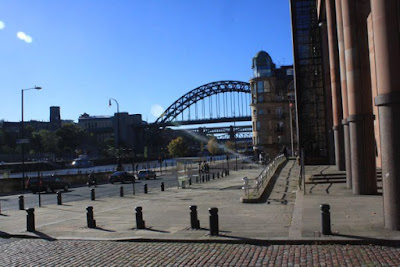 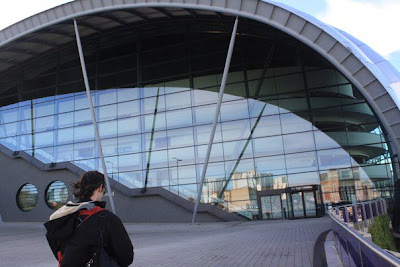 The fabulous Tobias Ralph joined us for these UK shows - and boy, he did an excellent job filling in! 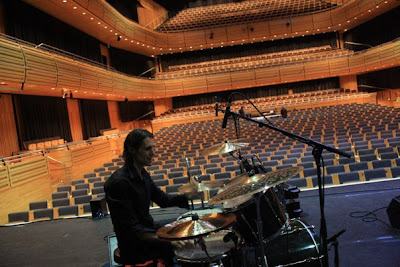 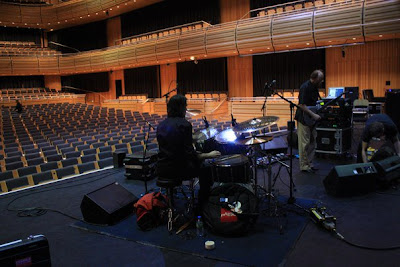 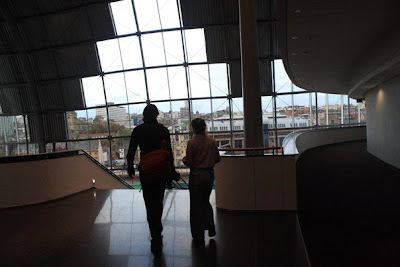 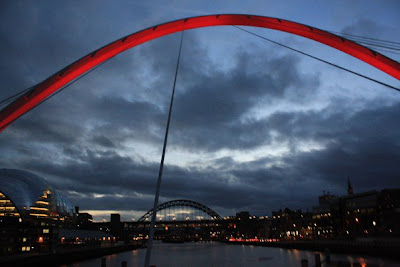 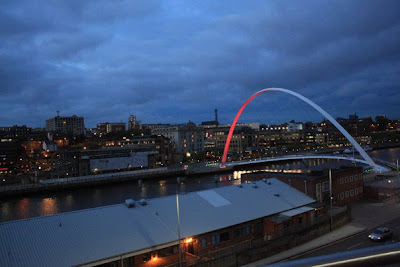 England can be a tough place to find an open pub after the show, but luckily we found the Red House, where we enjoyed a couple of nice draft beers and had an interesting conversation with a Dubliner at the bar... well, from what I could understand anyway. 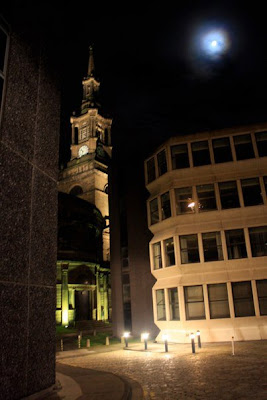 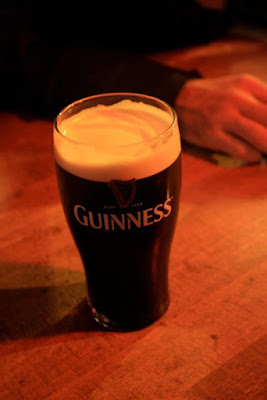 Next we trained it to London, which was lovely, except for the vicious sun beating down upon the poor passengers of our crowded car. 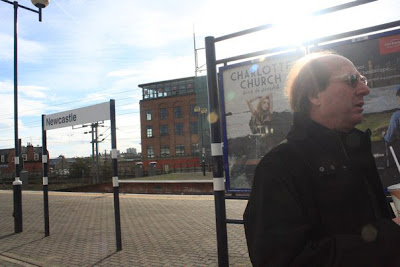 We had a few nights off there, and on the first evening we were surprised with a lovely dinner with Mr Bill Bruford. We had great discussions about rock, jazz, business, his career, his future lectures in the states, and our own adventures. It was quite lovely. 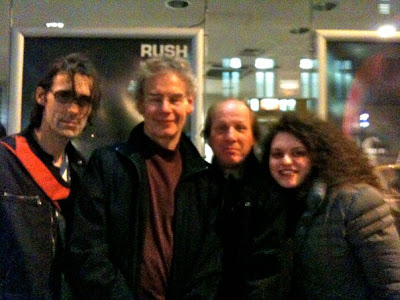 The next night we went out for Indian food with the marvelous Steve Lawson, who (if you don't already know) is a bass looping master, and my good Twitter buddy. It was really interesting to have the two dining experiences back to back, to be able compare the stories of a retired artist questioning us on the state of the Music Industry to one who is very much active and making the best of using technology and social networking to further his career along rather well. 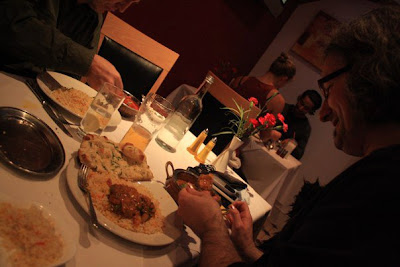 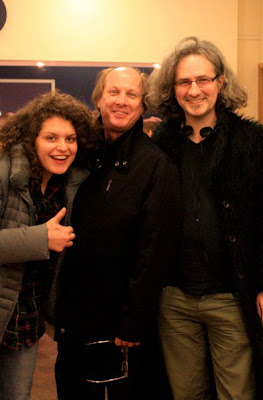 Oh yeah, we were there to play a show as well... at the O2 club in Islington: 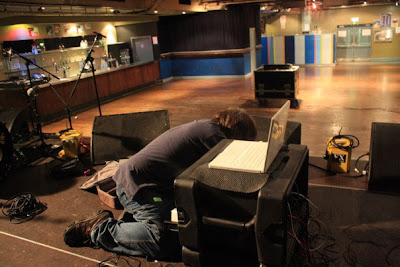 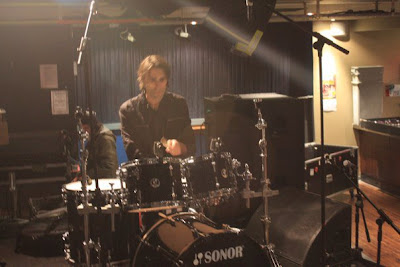 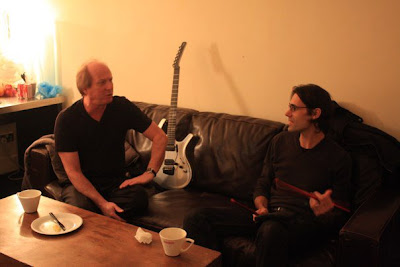 Now this was a place where we felt really comfortable - a nice, good sounding stage, and a relatively small room which filled up nicely with enthusiastic fans. And then we got stuck in an elevator: 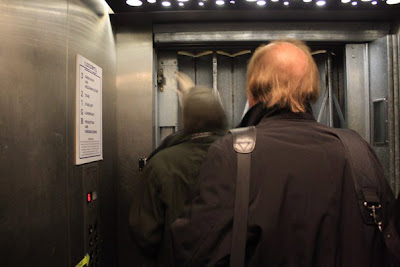 Luckily Tobias grabbed a stagehand and he helped us jimmy it open... whew. Next on the agenda was to grab some drinks to celebrate our fill-ins excellent work... except that we soon discovered that London pubs shut down at midnight (or earlier), but we tried anyway, and wandered down several streets just trying to find a place that would serve us. Sure, there where several convenience shops that sold alcohol, but some of us didn't want to drink and really, we just wanted a nice place to hang out together one last time. We just about gave up, when John mentioned that he was hungry, so we found a little Kebab shop, and then dared to ask them if we could bring in the good stuff. They actually agreed, and so we had an interesting night cap of fish and chips and red wine out of styrofoam cups: 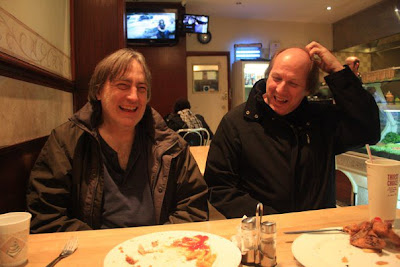 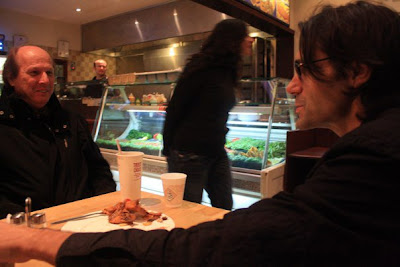 ... and we were wearing our coats because they had a malfunctioning door that didn't seem capable of closing. Adrian got up no less than seven times in an attempt to shut it, but each time he succeeded, a drunkard would wander in and leave it open again. C'est la vie. 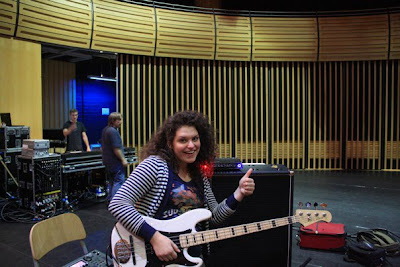 PS - Please check out my Facebook page for even more photos... I load them up basically the same day that I take them...
Posted by Julie at 2:04 PM 4 comments: