Surprisingly, we woke up at pretty reasonable hour this morning – we made it down in time for breakfast. The hotel breakfast is typical of many Eastern European countries. The coffee is strong, there’s Kefir and cereal, some nice (but salty) scrambled eggs, as well as juicy sliced tomatoes, mildly sweet pale green peppers, and an array of semi-hard cheeses. There’s also really fresh strawberry jam that I eat by the spoonful. Eric chose butter-less pastries as his vehicle for consuming the sweet spread, but he’s allowed: drummers need their carbs. The only items we didn’t sample were non-veg: breaded and fried mystery meat (we assumed it was meat because it was next to the meats… if those were potatoes I’m angry) and limp bacon (of course). Another interesting note is that all of the glassware seems too small. A shotglass is simply not large enough to hold a serving of freshly squeezed grapefruit or orange Juice. I had to go back three times – for a thimble of coffee, six or seven.
Show days aren’t ever as exciting food or exploration wise, so forgive as I go into music-speak. We went to the club/gallery, Trafo, to have soundcheck, which is always nerve racking on the first day of a tour (especially on one that’s abroad). See, Adrian has special gear that helps him create and shape his sound (as I prefaced in the first entry). Even though he’s a pure genius – one the world’s best guitar players – it is crucial that it works. Unfortunately it can be very temperamental, as it’s sensitive to many elements like heat, power, and movement (we once had a shower marred by subwoofers located below the platform – the low end shook the stage so much that it caused his amp to switch presets randomly). Our shows suffer when his gear doesn’t work – everybody’s sad and we feel that the audience gets robbed, even if they are unaware of what they missed out on. Our huge sound is what makes us a POWER trio, and without that, the essence is lost. 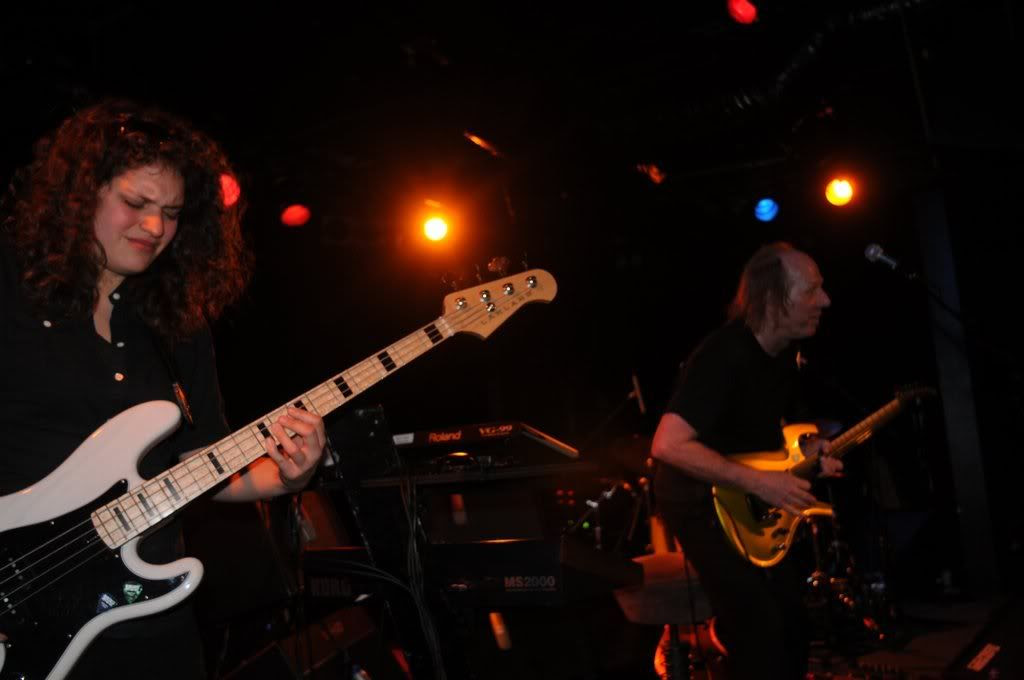 Andre switched the power on Adrian’s rig, and we held our breaths and crossed our fingers. We exhaled with a sigh of relief – success! I obviously can’t tow around my Ampeg SVT (I don’t think an 8x10 cabinet the size of a refrigerator is that practical). And of course Eric doesn’t bring his drums around either, so we have to use what’s called a backline (which is gear owned or rented by the venue). I received the usual 8x10 cab (albeit a different color), but didn’t get my usual SVT-4 head. Shucks, I had to suffer with a silverface SVT classic (the classic model is all-tube, meaning it’s nice and warm and fuzzy… I crank the input – I want ferocity). I turned the master gain to about 2… any louder and I would’ve blown myself off the stage. It sounded big and huge, with slight tube driven distortion – just the way I like it. Adrian had Marshalls to run his Johnson head through. Again: power, power, power. Probably more than we needed for the size of the room, but hey, we are a power trio. Eric had his usual dinky 4-piece kit (Yamaha Maple Custom Absolute, drum geeks). But he doesn’t need any more than that – his intensity and loudness comes from him.
After soundcheck, Andras took us to little café called Chili (hm, I wonder what their specialty is). Being that it was a pre-show meal, we had to eat light. I got a Greek salad (typical, but the feta blocks were creamier than the kind I’ve had in the states). Eric got a veggie burrito that was mostly loaded with mushrooms and actual vegetables – not just the usual rice and beans (thankfully – we have to share a dressing room, afterall). Adrian had chicken breast with some baked potato rounds. Andras had a salad that featured a whole roasted and charred Hungarian pepper topped with some grilled goat cheese patties. I think he got the winner.
The show had a bit of rough start, only because the crowd seemed detached. I started making silly faces at Eric (like the Palin wink) and tried to be more energetic. The crowd responded. By the end of the show, they were stomping so hard after “Thela” (our encore piece), that we ran back up and played “Elephant Talk.” We haven’t played that song in months, maybe even a year… but it went pretty well… until Adrian’s amp crapped out while he was doing his elephant noise section. I guess it got overheated. We had to stop, so the forceful performance sadly ended on a weak, unsatisfying note. Next time we should probably just leave them wanting more…
After the show we did our usual signing in the lobby. Eric and I had a rush of adrenaline, which put us in a pretty goofy mood. We drew wacky things on CDs, posters, and each other’s arms and hands (luckily the scribbles washed off). After the last fan left, we went to a bar for one more drink before bed. Well, it was Adrian’s first drink… I had polished off a bottle of wine with Eric at Trafo. Ok, I’ll admit I had most of it. I shouldn’t have had that much to begin with, but like I said, I had that adrenaline rush after the show, causing me to lack proper judgment. At the bar, Eric and Adrian got Jack and Cokes and some appetizer… I think chicken fingers, but I honestly I can’t recall. I held a slurred discussion about politics with Andras and somehow finished another glass of wine. 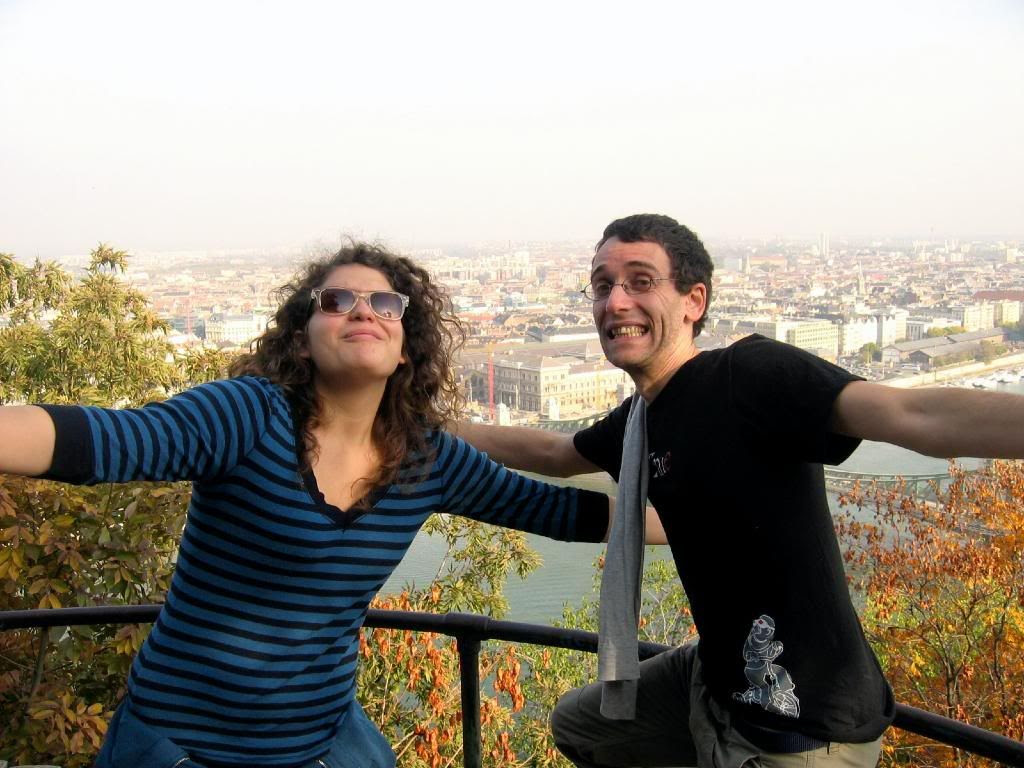 When we got back to the hotel I sat alone in the lobby and wrote a few incomprehensible emails, giggling to myself. All in all, I’d say that’s a swell day in Hungary, but I’m going to try to be good for the rest of the tour – it’s not good to get drunk every day, especially when doing this much traveling. (Except for Spain… definitely have to have wine more than once there.)
Posted by Julie at 12:11 PM

Hi Julie! Thanks for sharing your experiences with us!

I'm already looking forward to the next Annapolis show. :-)