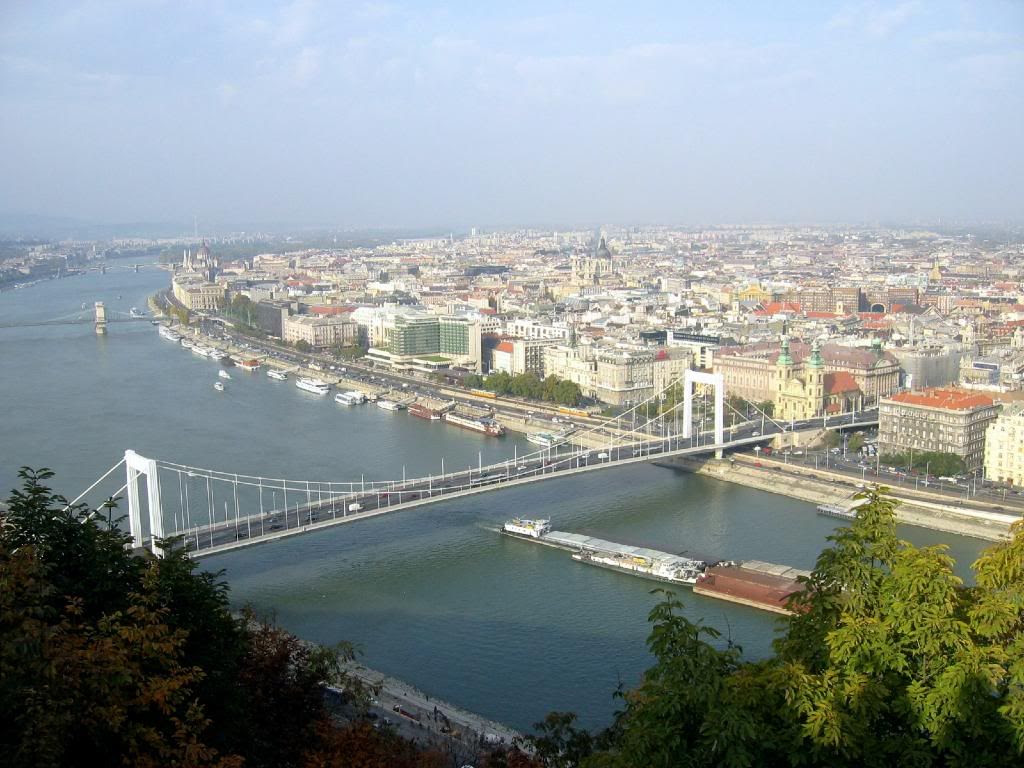 The worst part about touring other countries is definitely the traveling itself. Our trip started in Nashville, and from there we flew to Detroit to Amsterdam to Budapest. We left Nashville at 2:30PM CDT and arrived in Budapest at 2:30PM CEST the following day. I felt guilty that I was grumpy when we met our cheery booking agent, Andras, but the bag containing my clothing was the only one that didn’t make it to Hungary. Better that than equipment, for sure – but I longed to change after having worn the same clothes for essentially two days. I filled out my lost baggage claim, trying to be optimistic that it would arrive soon.
Our long journey finally ended at 4 o’clock, when we arrived at our hotel. Eric and I shared a room here, which is fine, but it is hilariously small. Two twin beds (which are about as soft as concrete) face each other, with about an inch of space in between. I could just imagine us both waking up at the same time, promptly sitting up simultaneously to reveal matching pajamas, grinning as we exclaim “Morning sibling!” Yes, traveling for 20-odd hours will make you delirious and think silly thoughts. Eric and I tried to powernap away a bit of the jetlag goofiness. We dozed off almost instantly, and if I hadn’t been so hesitant to sleep for the night (as this often creates worse jetlag problems), I would have indeed. 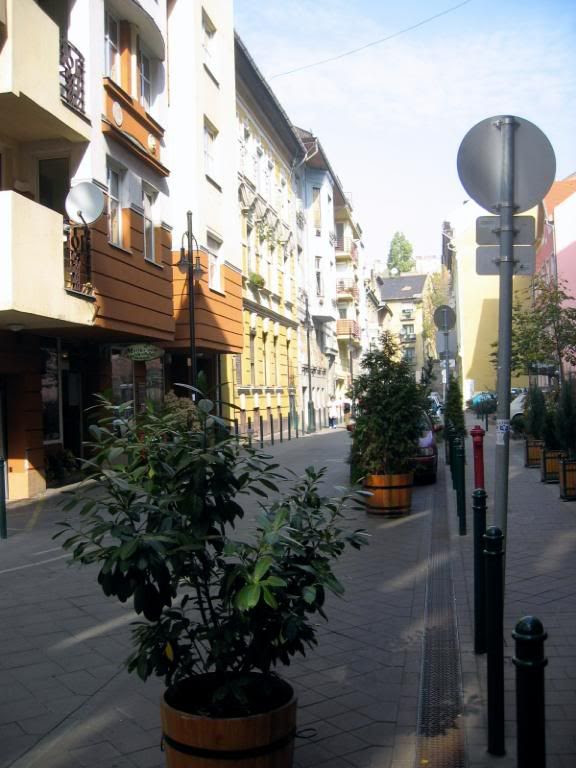 Before we went up to our rooms, we agreed to meet Andras in the lobby at 7 for dinner. He took us down the narrow, cobbled streets to a charming nearby bistro. 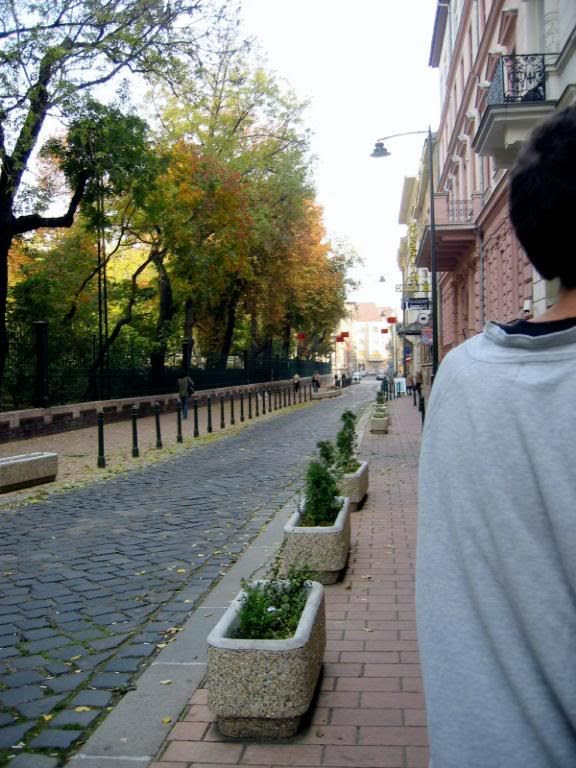 Discovering that he’s a vegetarian also, we knew we’d be in good hands. Fortunately for Andras, the restaurant offered an English menu, so he didn’t have to translate the whole thing for us. We started with a hummus plate, which was pretty typical – a bowl of unremarkable tahini-laden chick pea puree, warm pita, and crudités – bell pepper, carrot, tomato, cucumber, and red onion – and let me just say that I would not want to be around somebody who has just dipped raw onion into a garlic dip… The rest of the meal was better, albeit simple. Adrian had some sort of melted cheese topped turkey breast over fresh egg noodles. Andre and Andras both had forest mushroom soup. Eric had a Greek salad, and I had a plate of mushrooms, zucchini, onion, and pepper “cooked on a hot lava stone” (AKA grill). It was cheap too - my whole meal came to the equivalent of $18 with tax and tip. With two glasses of red wine in me, I was ready to sleep for the night. But of course I didn’t. We decided to find a bar that served Palinka, a traditional Hungarian vodka-like, but flavored liquor. For some reason, we ended up at a Mexican restaurant called Mezcal – I guess because it was the only bar a block away from our hotel. We all decided to try different flavors – Eric got apricot, I got sour cherry, and Adrian went for raspberry (Andre went for beer). It was pretty good stuff, but a little sweet for my tastes (I think the bartender added too much honey to the shots). It was neat how it kind dissolved on the tongue like cotton candy, though. Andras deemed them weak, and declared that we should try them from another bar sometime in the next two days. We’ll see.
Eric and I got back to our tiny room and passed out almost instantly. Catnap + Red wine + shots = jetlag cure.
Posted by Julie at 12:54 PM

I'm very happy to see that you've started this blog! I've been following your adventures mainly through your Mom's blog, which has been great, but I'm looking forward to hearing from you directly. (It's bad enough living vicariously through someone else, much less trying to do it twice-removed!)

Anyway, I have one request: Please be sure to include lots of info about music- and especially bass-related stuff. I love food too, but I became a fan first because I'm a bass player and music lover. Thanks!

Hi Julie! Its REALLY nice to read your posts about the tour, the meals, about whatever! Especially about Budapest! :-) You've all made a fantastic show (I was the guy who made the interview with Adrian), and now I've translated your posts to hungarian, if you dont mind: here, at zappa.hu.

BTW the critics about the show all were really warm, welcoming and overheated. They almost say the same thing: we knew already that Adrian Belew is a fantastic guitar-player, but it was surprising to see how young he became with his fellow-musicians, and how stong and energetic are the two young musicians in the rhythm section. All the critics were surprised to see you too to play with such a professionalism.

Thank you again for the show, keep on playing, keep on posting, and come back to Hungary soon! :-)